Search WorldCat Find items in libraries near you. Advanced Search Find a Library.

Your list has reached the maximum number of items. Please create a new list with a new name; move some items to a new or existing list; or delete some items. Your request to send this item has been completed. APA 6th ed. Note: Citations are based on reference standards. However, formatting rules can vary widely between applications and fields of interest or study. The specific requirements or preferences of your reviewing publisher, classroom teacher, institution or organization should be applied. The E-mail Address es field is required. Please enter recipient e-mail address es.

Find a copy in the library

The E-mail Address es you entered is are not in a valid format. Please re-enter recipient e-mail address es. You may send this item to up to five recipients. The name field is required. Please enter your name. The E-mail message field is required. Please enter the message. Please verify that you are not a robot. Would you also like to submit a review for this item? You already recently rated this item. Your rating has been recorded. Write a review Rate this item: 1 2 3 4 5. Preview this item Preview this item.

We Come in All Sizes… Understand it. Support it.

Accept it. About Us. 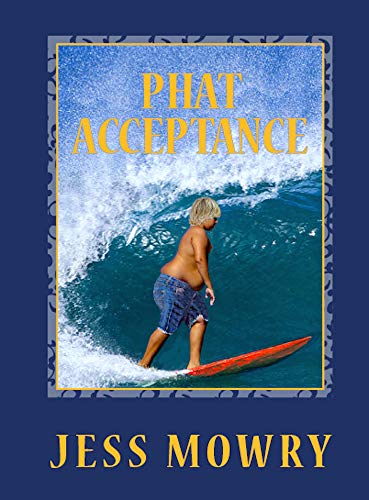 Our Mission To eliminate discrimination based on body size and provide fat people with the tools for self-empowerment through public education, advocacy, and support. That wasn't a good metaphor, thought Brandon; an author had to describe characters so readers could picture them clearly. For one thing, mountains didn't "lumber. His chest was a pair of huge balloons that looked about to burst out of his shirt as they rolled, lolled, bobbled and shook, while his waist encircled his middle like some gigantic torus of fat.

Almost buried by all that loose blubber and far overhung by loose rolls of waist, were faded blue-jeans, their cuffs dragging the floor; and only the toes of his sneakers showed. Brandon scrawled notes in his "writer's journal," a section reserved in his shiny new binder bought yesterday at the mall.

At least this dude was something new, and a prime candidate for his Beastworld book, a graphic novel he planned to write as soon as he found an illustrator. Brandon found he was staring again, not being "detached" like a writer should be.


He shifted his eyes from all that fat -- as deep, dusky black as a new truck tire and supported somehow on a boy's skeleton -- to study a face like an African cherub's. Opulent cheeks engulfed the dude's nose, which though bridgeless was wide at the tip and only looked small in that full-moon face Still, his eyes, obsidian -- or maybe better described as onyx -- were winsomely large like a little kid's; and though not completely unguarded, suggested a pit-bull potentially friendly to anyone with the courage to pet him. His lips were full and expressive above at least two chins, and were parted in sort of a pouty smile, revealing the gleam of fierce white teeth, that might have been his normal expression The huge boy's hair was a lion's mane that tumbled over his super-size shoulders to midway down his massive back, which was almost as rolly as his front.

It might have been braided, or maybe dreadlocked He supposed it was only natural that the boy was waddling toward him, his vast belly clearing a road ahead as kids leaned aside to get out of its way.

The desks were arranged in five rows of six, with another four at the rear of the room, and Brandon sat in the back right corner, farthest away from the door. The desk to his left was still empty, while the rolly-poly surfer dude was somnolently sprawled in the third, smogging the air with alcohol fumes as well as an unabashed young male scent and shedding a virtual beach on the floor. Brandon had made a few notes about him, his ragged gray hoodie unzipped the sleeves had been brutally amputated , casually baring the orbs of his chest and his wobbly pillow of belly, the latter spilling over the crotch of ancient cutoff Levis jeans; an old-school black-and-white sneaker untied it, like its mate, worn without socks ; his hair a dust-mop of salt-stiffened curls.

One of the white girls, an "average type," had taken the fourth desk beside the surfer but wasn't looking very stoked about her selection of neighbors. There was another empty desk in the first row at the front of the room, but any cool dude would have sat in the back and taken a chance on Brandon. Brandon was cool enough, he supposed, though a little detached from the center of cool. If cool was a sun then he was a planet, not shining himself but reflecting the rays.

He had silky blond hair in a central part that flowed down over his chest and back like a feral young prince in a sorcery game. His eyes were dark blue, his nose slightly snubbed, and his lips rested partly open a lot, displaying a pair of startling teeth that probably should have been tamed by tin. He had a few muscles in all the right places; his chest was high and gently defined, though his tummy gave him a Bugs Bunny look when his mind was involved with other things besides maintaining a physical pose.

He'd tried working out with his big brother's weights to buff up a bit for his high school debut, but had only developed a killer backache. A chiropractor had aligned his spine -- under the eyes of his worried mom -- while scolding him for being "brainwashed," and "falling for the movie-star image that Hollywood fed to American kids. Most Santa Cruz kids would have thought him a surfer -- hardcore skaters seldom had tummies -- and the drunk boy had dreamily greeted him, duuuude; a cool enough image to front in this town where everyone had to be something.

The woolly black mammoth -- a good description, assuming mammoths had ever been fat -- was still approaching ponderously with every inch of his body in motion. Obsidian eyes queried Brandon's blue, confirming the empty desk wasn't taken.

Brandon still fought to control his stare, but the dude was just so incredibly Every step seemed a separate struggle against the inertia of rest; his gigantic thighs got in each other's way so he had to squeeze one in front of the other, which looked like he was wading ashore though waist-deep invisible waves. Brandon glanced around again to observe the other kids' reactions. The average white girl abandoned her desk, not wanting to sit with an unrated Brandon, a drunk and smelly surfer-dude, and now this enormous ebony beast She snatched her things and fled to the front, landing beside the "51 kid," who nervously tugged at his undersized shirt then crossed his arms to conceal his boy-breasts The other two surfers were smirking at the sight of the mammoth boy fighting to walk.

The All-American looked disgusted in a requisite jock-brained way. The skinhead was beaming a stupid hate stare -- though of course it wasn't based on weight -- that he probably practiced every morning while scraping the fuzz off his simian skull, while the 51 kid seemed a little relieved at no longer being the fattest in class.