Recollections of a Truant Officer:And Other Stories Told After School


He never learned until it was too late that life is a serious thing in which serious choices are to be made with much of care and prayer. The next year we enrolled in junior high school. But the building could not accommodate all the students, so our class of the seventh grade was sent back to the Hamilton School. We were insulted. We were furious. The boys of the class all met after school.

The next day we did not show up. But we had no place to go. We had no money for that. We were afraid we might be seen by Mr.

Some Lessons I Learned as a Boy

Clayton, the truant officer. We just wandered about and wasted the day. The next morning, the principal, Mr. Stearns, was at the front door of the school to greet us. His demeanor matched his name. He said some pretty straightforward things and then told us that we could not come back to school until we brought a note from our parents. That was my first experience with a lockout. Striking, he said, was not the way to settle a problem. There was only one thing to do, and that was to go home and get the note. I remember walking sheepishly into the house.

My mother asked what was wrong. I told her. I said that I needed a note. She wrote a note. It was very brief. It was the most stinging rebuke she ever gave me. It read as follows:.

His action was simply an impulse to follow the crowd. I walked back over to school and got there about the same time a few other boys did. We all handed our notes to Mr. Though I had been an active party to the action we had taken, I resolved then and there that I would never do anything on the basis of simply following the crowd. I determined then and there that I would make my own decisions on the basis of their merits and my standards and not be pushed in one direction or another by those around me.

That decision has blessed my life many times, sometimes in very uncomfortable circumstances. It has kept me from doing some things which, if indulged in, could at worst have resulted in serious injury and trouble, and at the best would have cost me my self-respect. My father had a horse and buggy when I was a boy. Then one summer day in , a wonderful thing happened. It was an unforgettable thing.

When he came home that evening he arrived in a shining black brand-new Model T Ford. For instance, it did not have a self-starter. It had to be cranked. You learned something very quickly about cranking that car. You retarded the spark, or the crank would kick back and break your hand. When it rained, the coils would get wet, and then it would not start at all. From that car I learned a few simple things about making preparation to save trouble.

A little canvas over the cowl would keep the coils dry. A little care in retarding the spark would make it possible to crank without breaking your hand. But the most interesting thing was the lights. The car had no storage battery. The only electricity came from what was called a magneto. The output of the magneto was determined by the speed of the engine. If the engine was running fast, the lights were bright.

If the engine slowed, the lights became a sickly yellow. I learned that if you wanted to see ahead as you were going down the road, you had to keep the engine running at a fast clip. Industry, enthusiasm, and hard work lead to enlightened progress. 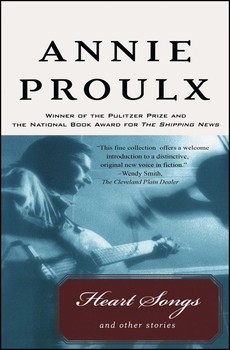 You have to stay on your feet and keep moving if you are going to have light in your life. I still have the radiator cap of that old Model T. Here it is. It is a reminder of lessons I learned seventy-seven years ago. I now ride in a car of modern vintage. It is quiet and powerful. It has every convenience, including heating and air-conditioning. The difference has come because thousands of dedicated and able men and women over two generations of time have planned and studied, experimented and worked together to bring about improvement.

I have learned that when people of goodwill labor cooperatively in an honest and dedicated way, there is no end to what they can accomplish.

In President Joseph F. Smith asked the people of the Church to have family home evening. We were miserable performers as children. We could do all kinds of things together while playing, but for one of us to try to sing a solo before the others was like asking ice cream to stay hard on the kitchen stove.

But our parents persisted. We sang together. We prayed together. We listened quietly while Mother read Bible and Book of Mormon stories. Father told us stories out of his memory. I still remember one of those stories. I found it recently while going through a book he had published some years ago. Listen to it:. He said the owner must be a very poor man. So, after talking the matter over, at his suggestion, they concluded to try another experiment. Instead of hiding the shoes, they would put a silver dollar in each one and … see what the owner did when he discovered the money.

So they did that.


Wonder and surprise [shone] upon his face. He looked at the dollar again and again, turned around and could see nobody, then proceeded to put on the other shoe; when to his great surprise he found another dollar. His feelings overcame him. Out of those simple little meetings, held in the parlor of our old home, came something indescribable and wonderful. Our love for our parents was strengthened. Our love for brothers and sisters was enhanced. Our love for the Lord was increased. An appreciation for simple goodness grew in our hearts. These wonderful things came about because our parents followed the counsel of the President of the Church.

I have learned something tremendously significant out of that. In that old home, we knew that our father loved our mother. That was another of the great lessons of my boyhood. I have no recollection of ever hearing him speak unkindly to her or of her. He encouraged her in her individual Church activities and in neighborhood and civic responsibilities. She had much of native talent, and he encouraged her to use it. Her comfort was his constant concern.

We looked upon them as equals, companions who worked together and loved and appreciated one another as they loved us. She likewise encouraged him, did everything in the world to make him happy. At the age of fifty, she developed cancer.

He was solicitous of her every need. In the s, as researcher Ian Mosby discovered in , the government deliberately withheld food from children to study the effects of malnutrition. We have no idea how many such graves there are. After Bryce quit in disgust, the government stopped counting the dead. Sir John A. In his report, Commissioner Murray Sinclair describes what happened as cultural genocide.

Some commentators think that he weakens his case by using that language. Stephen Maher. Filed under Full Comment. Stephen Maher: A letter found in shed reveals suffering and anguish residential schools created. McIntosh, Esq. School without the assent of the Principal and when the Magistrate acting as Truant Officer went to him to regain possession of the children he used abusive language and threatened to shoot him.

As the above mentioned J.